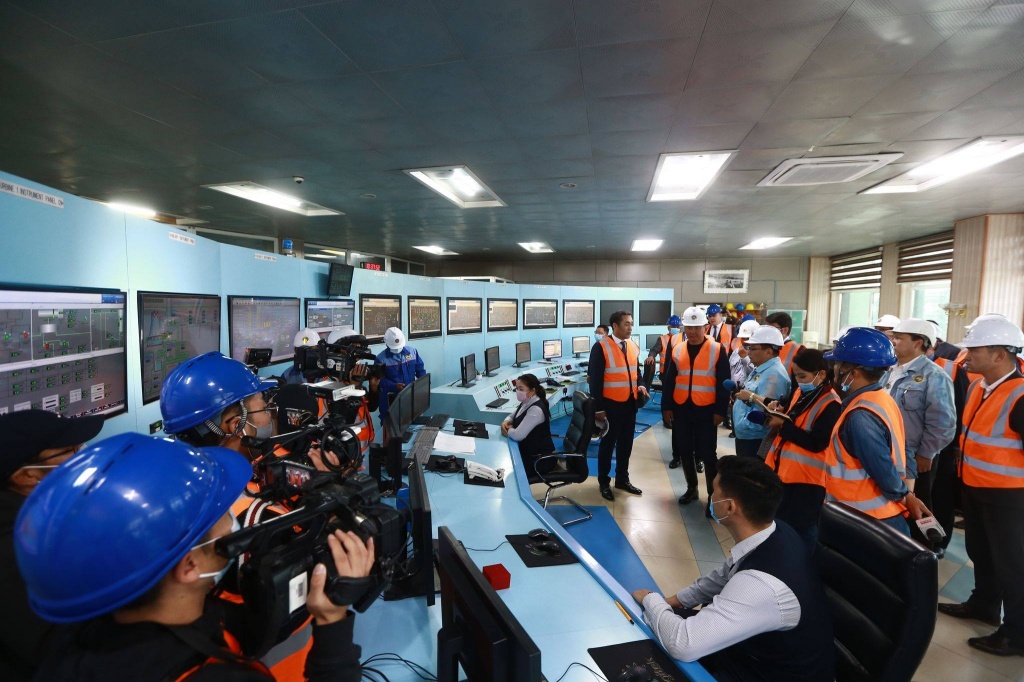 The Prime Minister of Mongolia Ukhnaagiin Khurelsukh, the country’s Minister of Energy Nansalyn Tavinbekh and Russia’s Ambassador to Mongolia Iskander Azizov this week visited the metropolitan CHP-4, Mongolia’s main energy facility, which is being refurbished and modernized by Russia. This was reported to a TASS correspondent on Thursday by the trade representative of the Russian Federation in Ulan Bator, Maxim Vasilyev.

"We visited the place, got acquainted with the situation. The Mongolian authorities want to make every effort to complete this repair and modernization work on the two remaining units by the end of the year, in accordance with the contractual agreements,” he said. “All work is proceeding very successfully, and the only issue is linked to border crossings [made more complicated] due to coronavirus.".

The trade representative recalled that there are rather strict rules on epidemiological safety in Mongolia, according to which all those who come from abroad are required to stay under strict quarantine for 21 days, and then spend another 14 days under lockdown at home.

"That means, 35 days are lost from the production cycle of teams that cross the border", - Vasilyev clarified.

He noted that, despite the difficulties, Russian exporters and manufacturers of power equipment are ready to fulfill their contractual obligations on time even in such extreme situations. According to the trade representative, the Russian companies cooperating with Mongolia constantly maintain a high quality level, successfully competing with Chinese and other foreign companies.

“One of the largest Russian state-owned companies, Inter RAO – Export, provides a systematic integrated approach aimed at modernizing both thermal energy based on Mongolian coal and green energy sources. This means solving all four problems (overcoming energy shortages, unifying Mongolia’s four regional energy systems, ensuring the energy balance and creating a “green belt” in the process of forming the Eurasian “Energy Super Ring” – note by TASS), which Khurelsukh says are the main ones for the development of Mongolian energy,” Vasilyev added.

Cooperation between Russia and Mongolia in the energy sector

Specialists of the ROTEC holding, the Ural Turbine Works JSC (UTW), which is part of it, as well as Russian contractor organizations, have been successfully cooperating in recent years with the Mongolian state-owned CHP-4 JSC, which owns the facility that produces more than 55% of the energy in Ulan Bator. In 2015, UTW completed the turnkey construction of a new 123 MW power unit there, and in 2018 signed a contract for the technical re-equipment of the turbine shop. As a result, the plant's capacity was increased by 47.5 MW of electrical load and by 123 Gcal/hour in terms of thermal load. Financing was provided with the support of Vnesheconombank..

Since February, Russia has started the third stage of modernization of the Ulan Bator CHP-4. As Vasilyev emphasized, this is a very important energy project, after the completion of which the Russian companies plan to start refurbishment of another heat and power plant in the Mongolian capital – CHP-3.